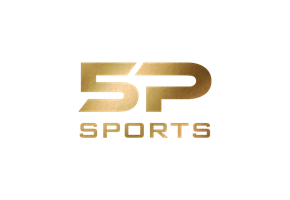 We would like to take this opportunity to welcome you to this 5P Sports Event. 5P Sports is changing the game for boys and girls basketball from grade school through high school by allowing teams and players to participate in quality events. Certified Officials, Great Awards, Great Facilities. Professional Staff. and Fair Play. No Games will be running clock!

All Coaches must check in at the location of the 1st game.  (NO PLAYERS)


Two wristbands will be given to coaches at registration and must be listed on the approved roster.
ROSTER

All teams participating in the tournament must provide a roster.  After the roster is turned in, no changes or additional players can be added to the roster.
GAME BALLS

Home team will provide game balls for game play only if basketball is suitable for game play. If not, we will request a Game Ball from visiting team. You may bring your own balls to warm up with.
SCHEDULE

Schedule will be posted on Exposure Event. Please download our App at the Android or Apple store. Please FOLLOW your team and all changes and scores will be sent to you via text or email depending on what option you selected when you followed your team.

Coaches must wear either a Coach’s shirt with a collar or Team t-shirt with team name on it. Shorts are acceptable. NO FLIP FLOPS. NO Hats
GAME TIME is GAME TIME

We will do our best not to have Forfeits, If a team is a no Show for whatever reason we will do our best to reschedule games so everyone get the minimum required. However we cannot guarantee you will be able to make up the missed game.


TOURNAMENT BASKETBALL RULES
The National High School Federation Rules and Regulations (NHSF) will apply to all games with the following exceptions.

We will allow 5 Fouls per player in each game.

No game will start before the scheduled time unless both coaches agree. There will be a minimum of a 2-minute warm-up period. Halftime will be 2 minutes unless both coaches agree to start earlier.
The home team wears light-colored uniforms (top bracket). The visitor team wears dark-colored uniforms.
The home team sits to the left of the scorer’s table. Visitor teams sit to the right of the scorer’s table.
Each team will warm up on the end opposite its bench
Timeouts a total of 3 you receive  2 Full Timeouts and 1 (30 Second )

Overtime: 2 minutes
The clock will stop for all whistle stoppages.
Two (2) direct technical fouls during a game on a player, coach, or team representative will result in their ejection from that game and the next game of the tournament. Fighting and gross unsportsmanlike behavior will not be tolerated and subject to elimination. The penalty will be at the discretion of the Tournament Director.

Each team is responsible for their warm-up and game balls and or any other items brought into the game. We are not responsible for lost items.
If a team forfeits two games by not participating; the team will be disqualified from the event and cannot participate in bracket/tournament play.
Once a team is leading by 20 points anytime a game, the clock will continue to run. The only time the clock will stop is for injuries or timeouts.
If the lead falls below 10 points, the clock will again be stopped for all whistle
stoppages.

The exposure system is set up with these rules to determine the standings.

6. If a tie in Point Differential exists, Points Allowed (see above) will determine seed for Bracket Play.

All event related questions should be directed to Greg Williams at greg.williams@5psportsusa.com or call 336-430-9689.