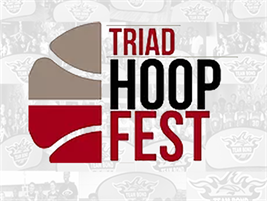 Empowering the next generation of leaders, through basketball. BOND Events is a sports event hosting company designed to create a remarkable experience for all participants and spectators. It is our mission to provide the best programs, staff, and facilities to meet the needs of our participants. Not only will we focus on competition, but we will enhance the positive ideals of being a student-athlete.

GRADE BASED DIVISIONS (PLEASE FOLLOW COVID GUIDELINES ON THE HOMEPAGE)

Grade based divisions shall be used in boys/girls basketball teams.

Tournament Rule & Regulations: PLEASE TRAVEL WITH REPORT CARDS!!!! Grade based on current school year as of Sept. 1st and cannot turn age greater prior to Sept. 1st of the next year.

1. The first team listed is the home team and the home team will wear white (or lighter color jersey). HOME (BOOKS) AWAY (CLOCK, if one is not provided)

2. Warm-up and Halftime: 3 minutes (any changes may be done at the discretion of the Site Director); Clock starts immediately.

3. Games will be played as scheduled. FORFEIT WILL BE BASED ON SITE DIRECTOR APPROVAL’ Teams should arrive at least 30 minutes before game time but no game will start without the approval of BOTH teams. (DUE TO COVID, ONLY TEAMS ALLOWED IN THE GYM ARE THE TEAMS SCHEDULED AT THAT TIME)

6. Players must compete in their own grade classification, with the exception that players in a lower grade may participate in an older division (in the same organization).

7. A player may only play on a team when they are placed on the roster. At the discretion of the tournament director, some age brackets may be combined based on team registrations or level of play.

8. Coaches must check in at the registration table. A maximum of 2 coaches will be allowed free admission. PLEASE HAVE ROSTERS.

9. BOND EVENTS is not financially responsible for forfeits, lost or stolen items.

10. Running Clock: Clock will run with 20pt lead in the 2nd half (including FT); score must be below 10 pts for stoppage.  No pressing with running clock.

2. Timeouts: 2 FULL/2 30 Second per game, to be used in either half of the game. One additional timeout for overtime period.

3. Overtime will be sudden death.


REFUND POLICY: After Tournament Schedules are in place, no refunds are issued.

•CODE OF CONDUCT: Any Player that is ejected or removed from a game will be suspended for the rest of the Tournament.

•All monies, including discounts must be PAID BEFORE the Tournament in order to get the Team Discount

2. 20 point max point system (Point Differential through Teams in Tie then All Teams )

3. Least points given up (Allowed)

The exposure system is set up with these rules to determine

3. If 2 teams also have the same Point Differential, the team who allowed the least amount of points in Pool Play would be

A. Using this formula, there is no benefit to running up the score, rather the benefit is in stopping

the opposing team from scoring.

4. If 3 teams are tied, head-to-head matchups are irrelevent in determining seed for Bracket Play.

5. If 3 teams are tied, Point Differential is applied


1st. Team in Tie: Only the games where the 3 teams played each other will count for in this differential. Meaning that if a game was played between one of the teams in the tie and one that isn't in the tie, that game is not used in differential.

2nd. All Teams: The team with the highest Point Differential is awarded the high seed.

3rd. Allowed: If a tie in Point Differential exists, Points Allowed (see above) will determine seed for Bracket Play.

Any player or coach receiving an ejection during our tournament is subject to dismissal from tournament without refund. A player will no longer be able to play or sit on bench with team. Coaching from the stands will not-be allowed. All above subject to the discretion of Site Director.

All protest of opposing team must be done prior to the start of the schedule game, the tournament will charge a protest fee of $100 to acquire all documents. No protest of a team will be allowed after a game has been played.

Each player will foul out after (5) five fouls.

Rosters and Proof of Age and Grade
Please travel with birth certificates for all players and report card for proof of grade and age.